Decodio Localizer is an emitter-localization solution that is based on both “time difference of arrival” (TDoA) and “angle of arrival” (AoA). Decodio is also able to build hybrid solutions based on available DF systems in combination with TDoA.

Location finding based on TDoA

Decodio Localizer provides real-time estimations of the location of a signal source by cross-correlating the incoming signals provided by distributed acquisition stations.

Several DECODIO ReX instances are used as sensors for the Decodio TDoA system. They are responsible for the reception of a wideband signal and the extraction of the narrowband signal of interest. These extracted signals are streamed via a network to the central station. Several network techniques ranging from LTE through microwave links to private LAN networks can be used to connect the sensor sites to the central station running DECODIO Localizer . The update rate is automatically adapted to the available data rate in the network. The central application DECODIO Localizer is responsible for controlling the remote sites. There is no need for manual parameter-setting at these sites. The data streams that are received are aligned, including through energy-/burst-detection, and the possible location of the emitter is estimated. On the basis of several measurements, a heatmap is superimposed on a map.
Besides openstreetmap, other types of maps can be used as display sources. Using DECODIO ReX and DECODIO Localizer , emitter localization systems of different sizes and with different capabilities can be built. These start from small systems with three sensors and only one narrowband channel, ranging up to multi-site systems with more than 30 sensors, several narrowband channels and additional PMR-decoding support which can be monitored from different workplaces.

Decodio integrates already available direction finding-systems into its spectrum-monitoring applications. These systems output estimated target directions based on “angle of arrival” (AoA) information. The leveraging of technologies such as multichannel DF and super-resolution, supported by state-of-the art direction finders, allows professional users to exploit all of the features of their equipment and to get results from Decodio. The combination of output from high-quality decoders with direction information creates superior situational awareness.

Available direction-finding systems (a list of supported systems can be found here) are seamlessly integrated into Decodio RED including control functionality like center frequency, bandwidth, signals of interest, etc., as well as data-acquisition (DF-data and IQ) The LoB (Line of Bearing) is calculated by the DF equipment and forwarded to Decodio RED for visualization. Decodio RED is capable of recording DF sessions for offline recall. By moving the DF equipment and replaying sessions, it is possible to show the cross bearing line. Where supported by the DF system, multiple frequencies can be monitored and displayed in parallel.

Additionally, a compass shows the most probable direction of the target based on a heatmap. The display also includes a DF quality indicator bearing on the current measurement.

In cases where two or more DF systems running with Decodio RED are available, the central station using DECODIO Localizer shows the intersection point between each line of bearing taken from the acquisition stations.

In addition to the already supported DF systems, Decodio is able to integrate additional systems subject of the availability of their interface specification.

The simultaneous use of AoA-based direction finding systems and TDoA sensors in DECODIO Localizer combines the advantages of both techniques.

In this hybrid approach, one or more DF systems can be combined with two or more TDoA stations. The minimal configuration consists of one direction finder and two sensors providing data for one TDoA hyperbola. One of these sensors can be at the same location as the direction finder, or even the DF system itself, if it provides time-stamped IQ data.

The location of the target being monitored can be estimated by the intersection of the LoBs from the DF stations with the hyperbolas calculated on the data provided by the TDoA sensors. 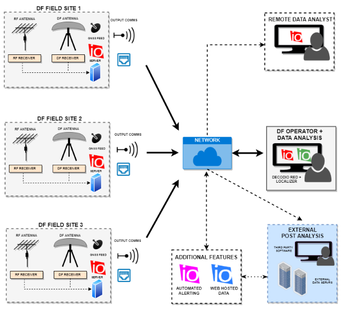 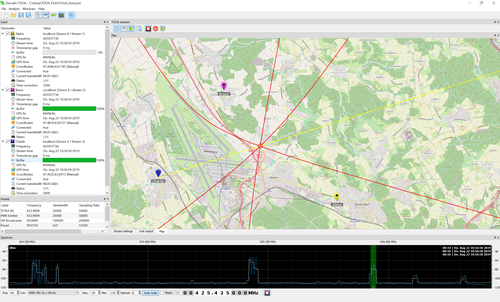 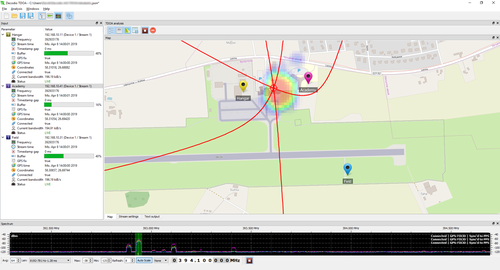 TDoA localization of TETRA base station 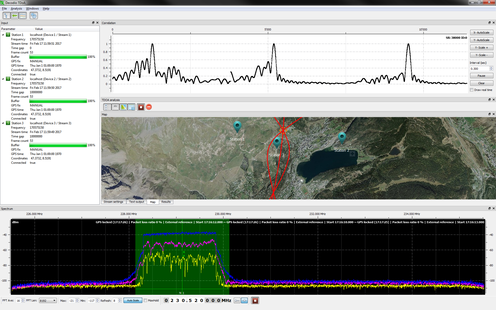 Localization of a DAB signal 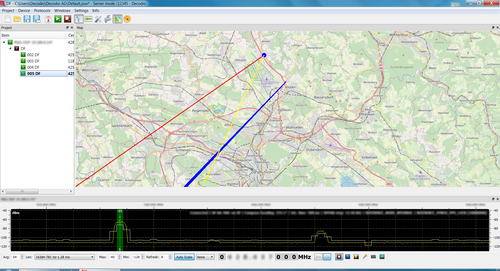 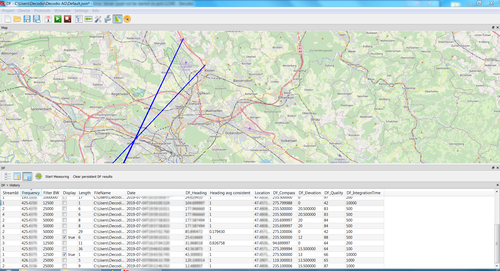 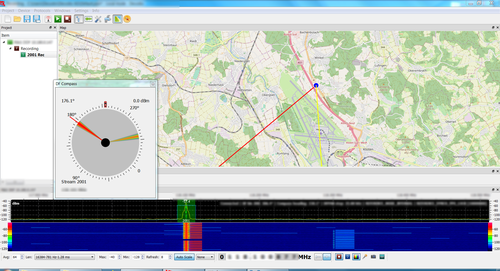 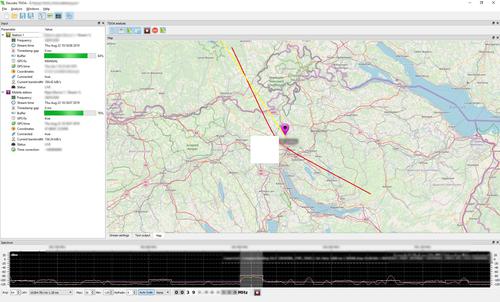 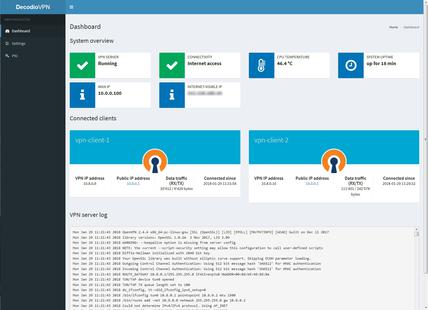 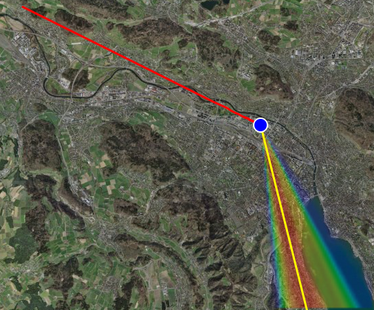 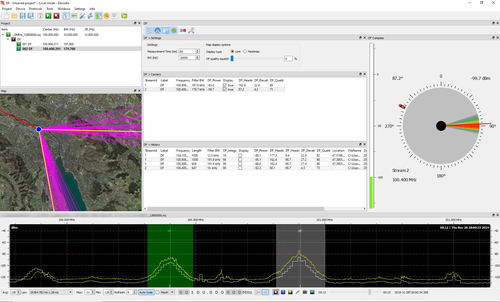